During 2013 we have celebrated the 25th birthday of the Association. In AFTA we have tried to work everyday in order to improve the quality of fluid conduction installations, from standardization to training.

We would like to thank all the greetings we have received during the year and we hope we can continue working by yours side, at least during 25 years more. The commitment of the Association with the installations quality was confirmed with the first edition of the Installation Guide, at the beginning of 1990s. The aim of that document was to provide the technician of an efficient tool which made easier the access and comprehension of the new developed standards. Some recommendations were also included, in order to prevent the pipeworks from corrosion. 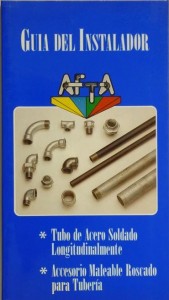 In 1994, the first edition of the AFTA Handbook was published, which offered more complete information about the fittings, as well as a pressure drop study and a guide to calculate drinking water installations. 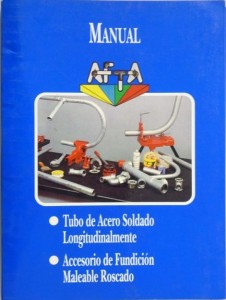 Some modifications and corrections were included in the following editions. The last one was published in 2009 and included assembly recommendations as threading and bending technologies or roll grooved ends for pipes and fittings. 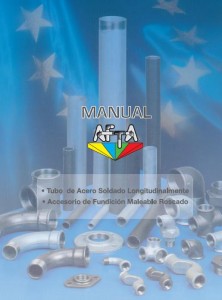 Nowadays, the AFTA Handbook can be free downloaded from our website and offers a guide in the following fields:

– Physical and chemical features of the products.
– Sectors and applications.
– Access to the standardised features of the products.
– Information about developed investigations, as pressure drops, high pressure behaviour or thermal stress behaviour.
– Guide for installations calculus.
– Recommendation for the assembly.
– Prevention from corrosion. Influence of water.

From AFTA, we would like to reassert our commitment with installations quality and therefore we will keep on working, day by day to preserve it.

Since its foundation, 25 years ago, AFTA has worked hard to procure the best assessment to installers and professionals of fluid conveying installations. 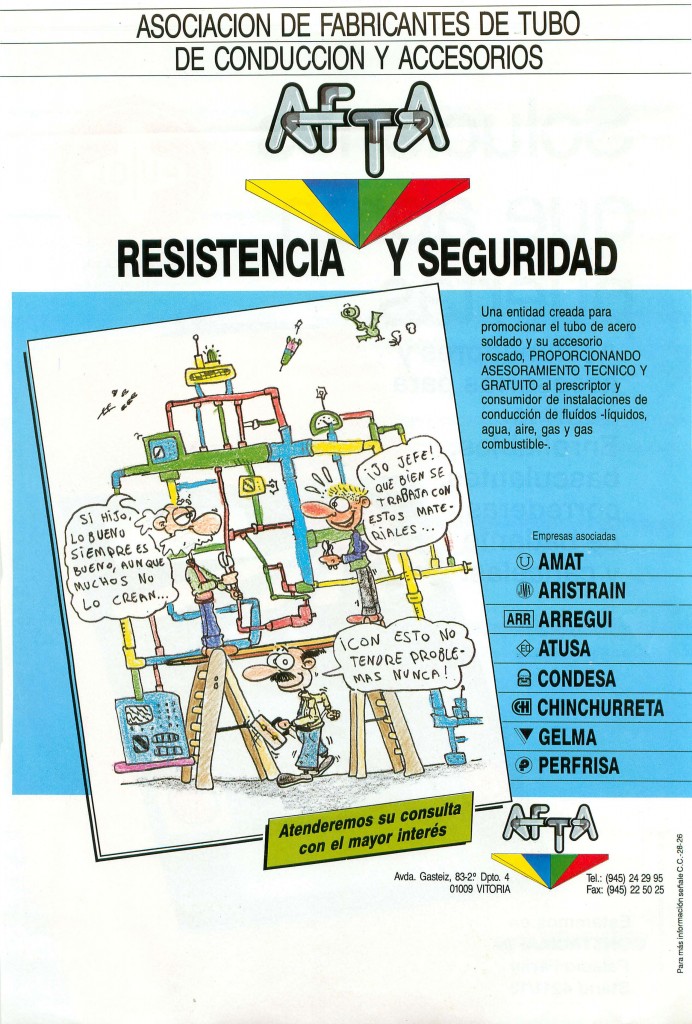 Campaign for Resolution of Technical Enquiries (1989)

Nowadays, new technologies allow us to receive your enquiries through our website, as well as through the social networks.

25 years later, we keep on working like the first day to give an answer to all your doubts an questions, in order to contribute to the fluid conveying installations improvement.

On January 1st 1988, it was established the Conveying Tubes and Fittings Manufacturers Association (AFTA), as a non-commercial association, by the most important Spanish manufacturers.

The aim of the AFTA was to promote the training and the technical assessment among the fluid conveyance professionals, in order to improve the installations quality, from the project design to the realization.

It was in 1992 when the Association turned into its current name. 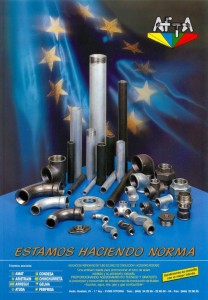 During the last 25 years, AFTA has investigated the installations calculus and design, has promoted tests in universities and technological centers, has contributed to the Spanish, European and International standards development and has enabled the resolution of technical and regulative enquiries.

Nowadays we are more implicated than ever with our commitment, by encouraging investigation and training of the professionals.

During the current year, as a commemoration, we will offer you the clues that have represented the Association work during these 25 years.