Each year on 14 October, the members of the IEC, ISO and ITU celebrate World Standards Day, which is a means of paying tribute to the collaborative efforts of the thousands of experts worldwide who develop the voluntary technical agreements that are published as international standards.

This year have chosen the motto: 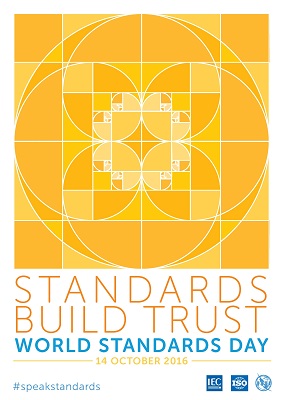 Standards connect us with reliable modes of communication, codes of practice and trusted frameworks for cooperation. Introducing common interpretations on reciprocal sides of a communication or transaction, standards are essential to mutually beneficial trade and resource efficient international commerce.

A product or service conforming to an international standard is imbued with a trusted symbol of quality, safety or compatibility. Standards speak to the diversity of our interconnected world, introducing uniformity at the interfaces where we need to be certain that we are speaking on the same terms.

From AFTA we want to support this kind of initiatives, which represent the consensus view of the world’s leading experts in industry sectors, who puts their knowledge voluntarily on the public interest.

Today, 14 October 2015, World Standards Day is celebrated; IEC, ISO and ITU this year have chosen the motto “standards: the world’s common language” and the essential role that standards play in transactions, providing a common language through the world.

From AFTA we want to support this kind of initiatives, which represent the consensus view of the world’s leading experts in industry sectors, who puts their knowledge voluntarily on the public interest.

ISO has published the new version of the ISO 9001. It is the world’s most widely used technical standard: 1,130,000 organisations from 187 countries hold the certificate. 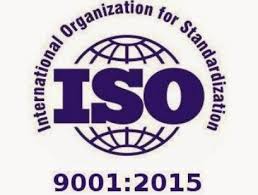 The ISO 9001 is used by all types of companies and organisations, both public and private, of all sizes and from all sectors of activity; it is the internationally recognised means of demonstrating a commitment to quality. This standard helps organisations to work more efficiently, as it permits them to harmonise all their processes, thus making them more easy to understand. Its correct implementation helps to increase productivity and efficiency and reduce economic costs.

The new features introduced in the standard include a greater emphasis on leadership at management level. There is also an increased importance given to risk; not only the negative effect of uncertainty, but also to identify business opportunities that contribute to bottom line improvements. The standard also promotes increased efficiency in the supplier chain. It is written in simple and clear language to facilitate its application in organisations.

The main objective of the review is to facilitate the integration of this standard into other Management Systems and to ensure that these are more accessible for all types of organisations, especially in the services sector. It shares the so-called High Level Structure, common to all management standards.

21 and 22 April,  CEN/CENELEC holds in Brussels, 2-day  training to discover the world of European Standards.

Yesterday they tried among other things, why and how to get involved in standardization, different solutions for different needs and new trends in European Standardization.

Today, 22 April,  they are talking about standards for the services sector, to support global trade, for intellectual property rights and the use of standardization as a compliance  tool with essential requirements by drawing up Technical Specifications.

All participants in StandarDays will also receive a certificate, to show that they have completed their training in European standardization.

The conference focuses amongst other on TTIP (Transatlantic Trade and Investment Partnership) – a highly important and topical political project with a great number of challenges related to standardization e.g. the importance for economics, public health, innovation, regulation, the environment, etc.

One of the guest speakers on the conference theme will be Scott Steedman, Director of Standards at British Standards Institution (BSI).

The deadline for submitting papers to the conference has been extended until the 9th of March 2015.

Further information about EURAS 2015 can be found on the conference website.

EURAS is a European society for standardization research. EURAS’ objective is to promote research, education and publication in the field of standardisation.

EURAS, the European Academy for Standardisation e.V., was founded in Hamburg in 1993 by researchers from various academic fields (i.e. economics, engineering, social sciences, law, and information sciences). The foundation of EURAS was prompted by a common desire to promote and achieve progress in the academic treatment of standardisation, involving the widest possible range of disciplines.

EURAS intends to organise its 2014 conference in Belgrade, Serbia, from 8 to 10 September under the theme ‘Cooperation among standardisation organisations and the scientific and academic community’.

You can access the Advance Conference Programme here, as well as the registration form. Information about the venue can be found here.

Fire Sprinkler is the UK sprinkler industry’s biannual conference and exhibition. In 2014 it will take on a truly international dimension when it will be jointly hosted in London by the European Fire Sprinkler Network and the British Automatic Fire Sprinkler Association.

The organization has started an interesting news blog, as well as included a programme of the event, with the main conferences and speakers.

Due to the importance of the topic, specially according to the standardization novelties, AFTA will follow with interest this kind of events.

Since AFTA Training Campaign was launched, in order to verify the knowledge grade of the students about standardization, I always state the following questions during the workshop:

What is a standard?
What is it useful for?
Is it mandatory?
Who develops standards?
_

Although I receive several different answers, some of them really funny, the background is mostly the same:

As I am driving home I usually think about the workshop and I have reached the following conclusions:

First of all, the students do not seem to be familiar with  standardization processes. It is understandable and it is probably one of the reasons why they have attended the workshop. Second conclusion is that they do not have a positive opinion of standards. They are developed to control and limit. Third conclusion is that students suppose that it is always someone else who establish those “impositions”.

According to my experience, the ideas shown by the students are not different to the general opinion of most Spanish companies. Standards are perceived as something foreign and complicated.

As we already published two months ago, this week took place in Brussels StandarDays 2014. The main objective of the event was to give a clear and structured overview of the European Standardization System, so that questions like the following could be answered:

– How can standards support global trade?

– What is a Keymark? What is CE Marking?

– Which are the differences between standards and legislations?

– How can standards help companies to innovate?

The rest of presentations can be accessed through the following link.

From AFTA, we would like to stress the importance of such an event, which is able to change the current negative perception of standards and help companies to admit their importance and to introduce them as a key part of their strategic planning.

With the implementation of the Construction Product Regulation 305/2011 on July 1st 2013 the previous Construction Product Directive 89/106/EU was definitely superseded. As one of the current requirements, the manufacturers of construction products must deliver with every order a Declaration of Performance, in addition to the CE Marking.

On February 21st, the Official Journal of the European Union published the Commission Delegated Regulation (EU) No. 157/2014 of 30th October 2013 on the condition for making a Declaration of Performance on construction products available on a website. 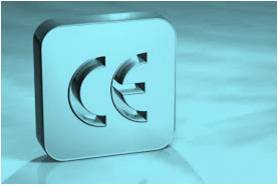 According to the regulation, Economic operators may make available a declaration of performance on a website, provided that the comply all of the following conditions.

1) They shall ensure that the content of a declaration of performance is not altered after it has been made available on the website.

3) They shall ensure that the declaration of performance may be accessed by the recipients of construction products free of charge for a period of 10 years after the construction product has been placed on the market, or for such other period that may be applicable in accordance with the second subparagraph of Article 11(2) of Regulation (EU) No 305/2011.

4) they shall provide instructions to the recipients of construction products on how to access the website and the declarations of performance drawn up for such products available on that website.

You can access the regulation through the following link.

StandarDays is a two-day information session consisting of an introductory plenary meeting, which explains the different aspects and tasks of CEN and CENELEC and interactive, in-depth workshops. It will take place on March 24th and 25th.

The structure gives participants the opportunity to familiarize themselves with the overall European Standardization System and then take advantage of the CEN and CENELEC expertise to obtain further clarification and explanations.

Participation is free of charge. Since there is a limited number of places, registrations will be accepted on a first come, first served basis and will close when the maximum number is reached.